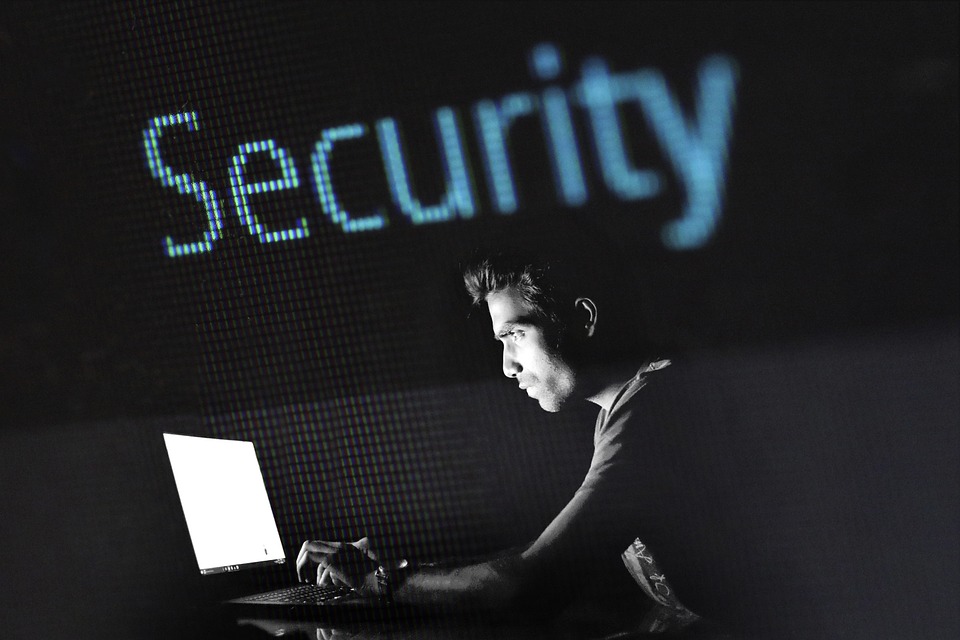 Before I start telling fancy stories of CyberSecurity, let me explain a few common used terms,so that whenever I use these words,one have clear picturisation of the terminology.Too many times in the many years, I’ve been in IT, I have seen people forget these basics terms.So, let’s start…..

Ping is a networking utility,used to test whether a host is alive on an Internet Protocol (IP) network.A host could be a computer or other device that is connected to a network.Ping measure the time it takes for a message sent from one host to reach another and echo back to the original host.

Ping send an Internet Control Message Protocol (ICMP) echo request to the target and wait for a reply.This’ll report problems, trip time,and packet loss if the asset has a heartbeat means (alive). If the assest is not online, one’ll get back an ICMP error.

I am gonna use CLI to check the Ping, I would suggest you to use CLI on matter what’s your OS. 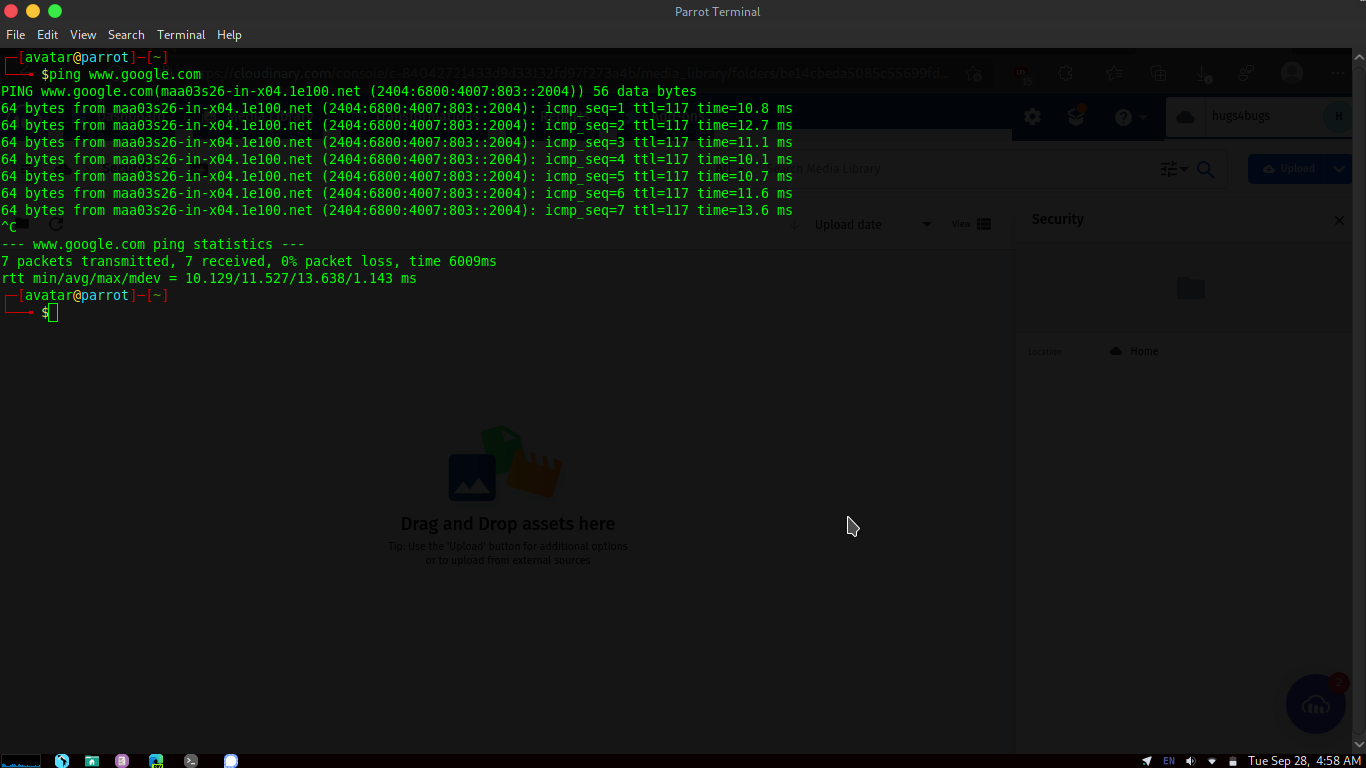 Above image shows a running ping on a windows Operating System sending request to Google using both IPv4 and IPv6.

There are more granular ping commands.If one type ping along with an option or switch, you can troubleshoot issuses that might be occuring in your network.

It’s interesting to know that one could ping yourself using loopback address. If you test this on your system and If it doesn’t return an appropriate response, you know the problem is with the your system, not the network,ISP,or target URL. 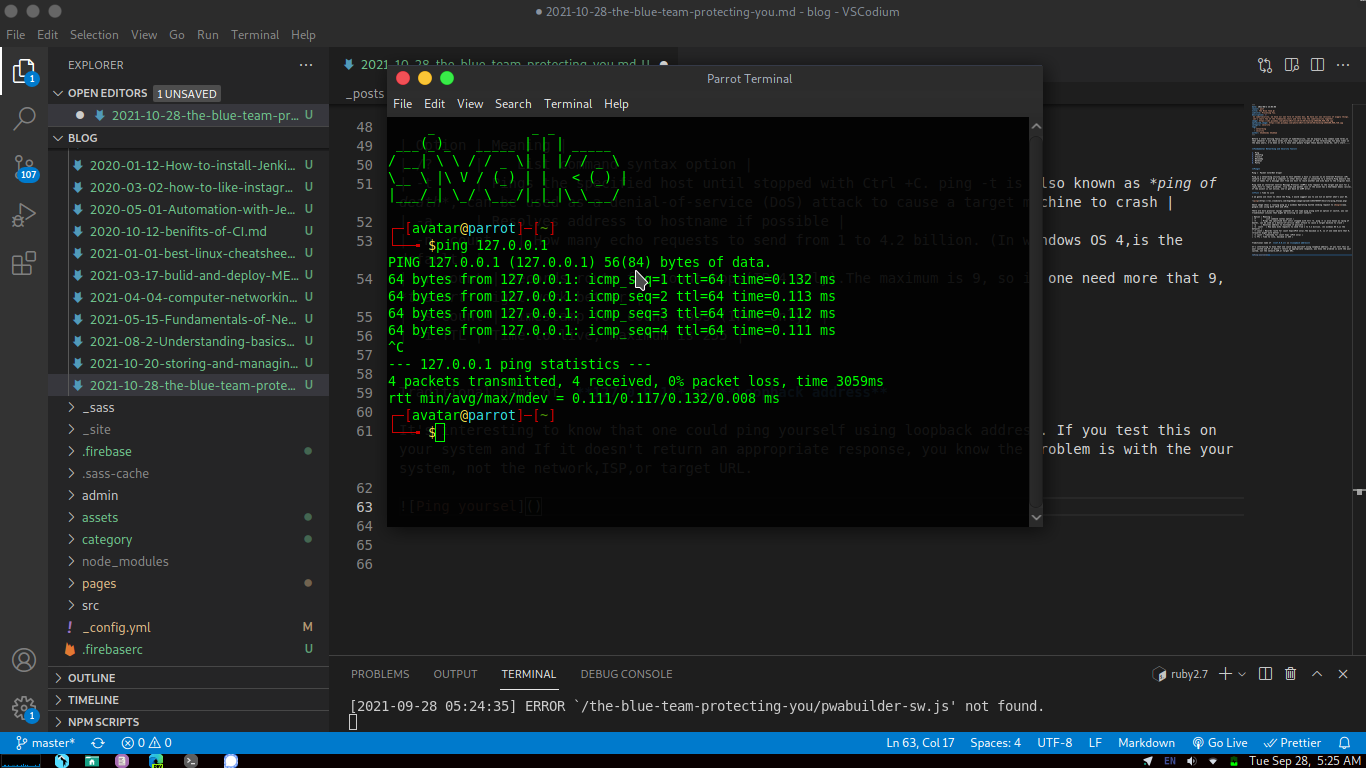 Internet Protocol is a set of rules that govern how data is sent over the Internet or another network.This routing function essentially creates the Internet we know and love.\

IP has the function of tacking packets from the source host and delivering them to the proper destination host based solely on the IP addresses in a packet.The data-gram that is being sent has two parts : 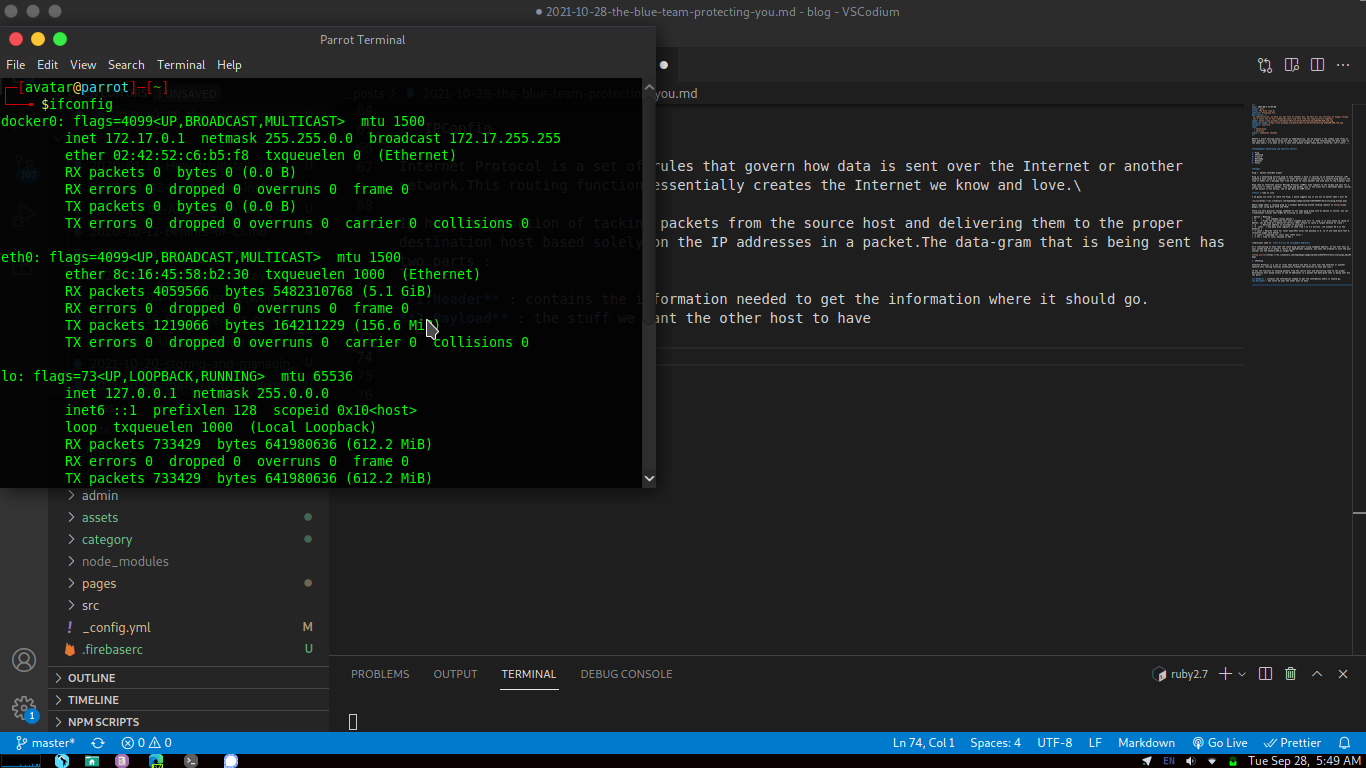 Let me remind you two more acronyms DHCP and DNS .

Host : Asset on a network

Configuration : How the asset is supposed to work

DHCP is a network management tool, that dynamically assigns a IP address to a host on a network that lets it talk to other hosts.

In our day-to-day life a router or gateway can be used to act as a DHCP server.Most residential routers will get their unique public IP address from their ISP.

If your machine is using DHCP,you must have noticied ipconfig /all or ifconfig /all command how long your lease was? If you are not leasing, then you are using a static IP address.

Commands to get new IP address

This is a naming system for all hosts that are connected to the Internet or your private netowork. DNS remember domain names and It’ll store this data in something called “Cache” pronounced “cash” nothing else.

This is done to speed up subsequent requests to the same host.Sometimes DNS cache can get all wonky-sometimes by accidently or intentionally (by hacker).

is an attack where a mailcious party corrupt the DNS cache or table, causing the nameserver to return an incorrect IP address and network traffic to be diverted.

3 NSLookup The main use of NSLookup is to help with any DNS issues you may have.You can use it to find the IP address of a host,find the domain name of an IP address, or find mail servers on a domain.This tool can be used in an interactive and non interactive mode.

Open terminal and use command: 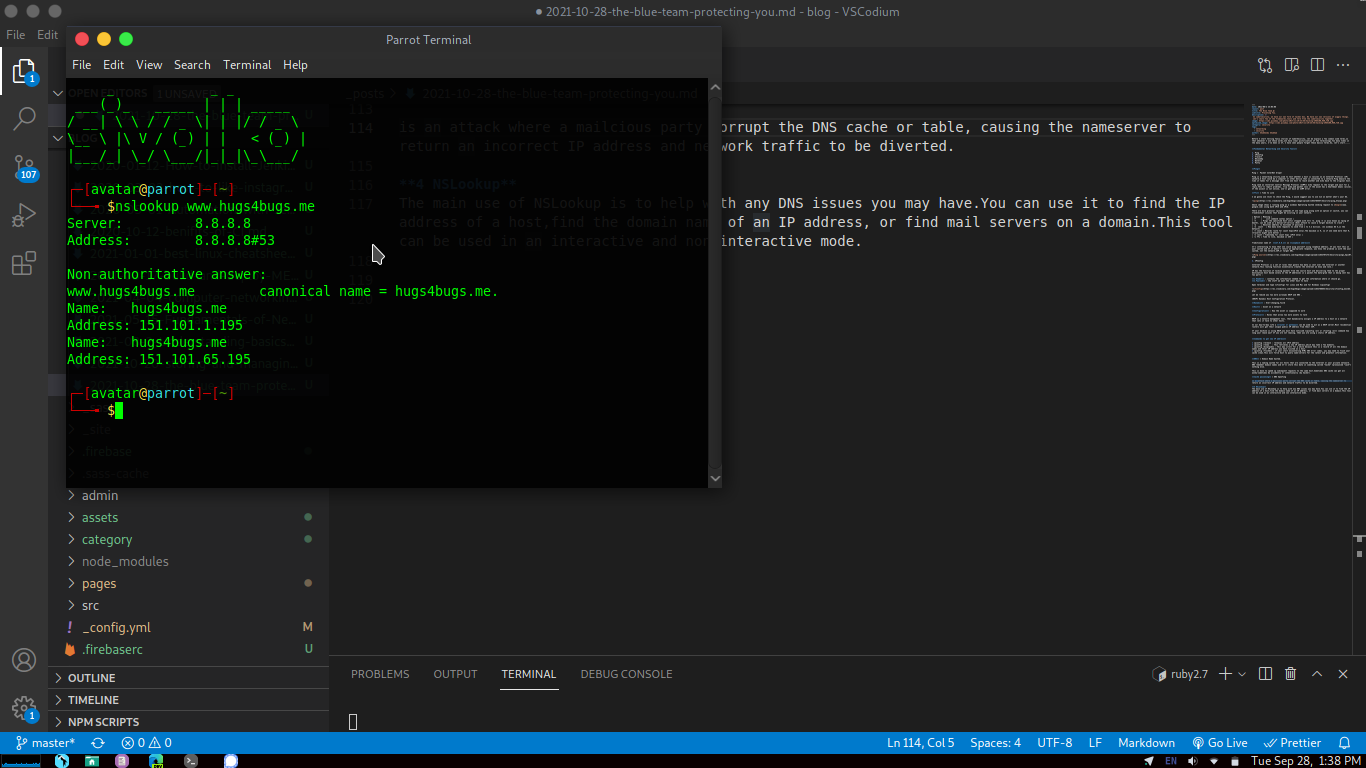 To find the specific types of assets, use command

instead of using -querytype=mx, you can use any of the following:

Teracert is a cool diiagnostic utility which determines the route the message takes from one place to another by using ICMP echo packets sent to the destination.

ICMP is one of the Internet’s original protocals used by network devices to send operational information or error messages.ICMP is not usually used to send data b/w computers, with the exception of ping and traceroute. It is used to report errors in the processing of datagrams.

Each router along the path subtracts the packets TTL value by 1 and forwards the packet,giving you the time and the intermediate routers between you and the destinations.Tracert will print the terace of the packet’s travels.

if you try tracert -d 8.8.4.4 this is another public Google DNS server,but now tracert will not try to resolve DNS while counting the hops.

NetStat is a network utility tool that displays networking connection (both incoming and outgoing ),routing tables and some other details such as protocols statistics.

The output from the netstat command is used to display the current state of all the connections on the device.This is an important part of configuration and troubleshooting.NetStat also has many parameters to choose from to answer the questions presented in the previous paragraph.

commands showing netstat in below photo:- 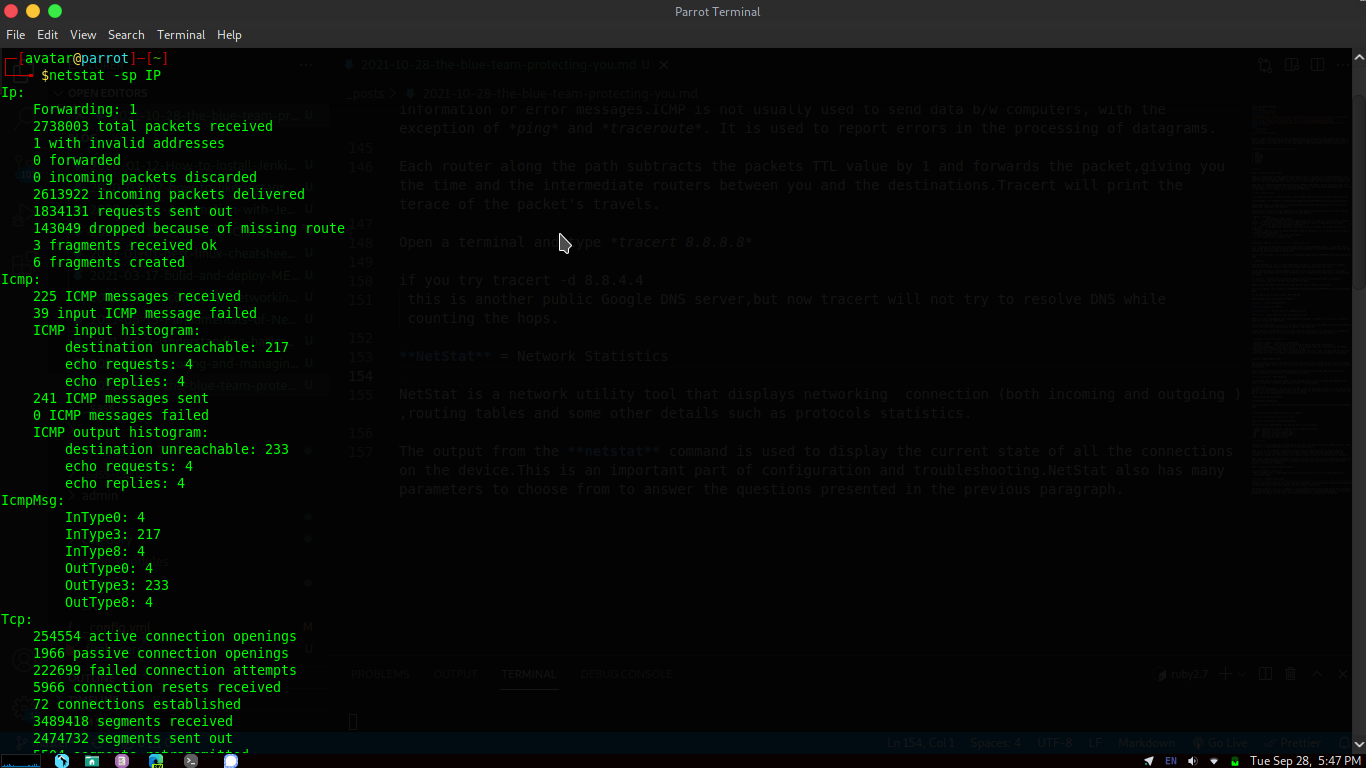 “Network admins are constantly yelling,”shut the windows and close the doors-you’re letting the data out! “”.

Ports can be TCP or UDP,but always remember TCP means there is a connection made between the host and and the destination. UDP doesn’t doesn’t worry about whether there is a connection made. Both TCP and UDP have 65,535 ports available to them. This was the highest number that could be represented by a 16-bit or 2-byte, number.Mathematically this is represented by 2^16 - 1

Why don't you read something next? 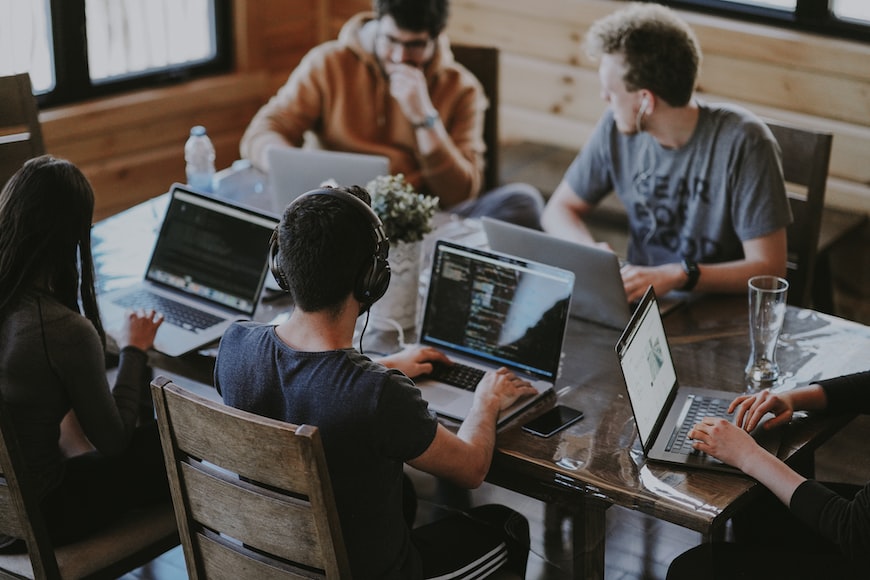 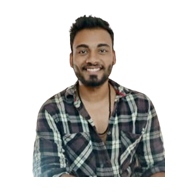 A guy who survived after watching Bear Grylls shows,Now He writes code for survial.